Listen to the Story on Earshot

You heard the voices of the SV Kwai crew: Nacaniel Polania, Teibitoa Rubeniti, Arina Tembeu, Tebaueti Tetabo, Ben Vroom, and Captain Evy. Music performed by the crew of the SV Kwai and recorded on board at the dock in Honolulu. You also heard the voice of Kaleo Wong, navigator of the sailing canoe Hokule’a.

Many thanks to boat owners April Fountain and Brad Ives for their generous hospitality and to Captain Bruce Blankenfed of the Hokule’a. Gratitude also to Kaeti Boanareke, Bruno Delala, and the people of the Line Islands of the nation of Kiribati for their kindness. 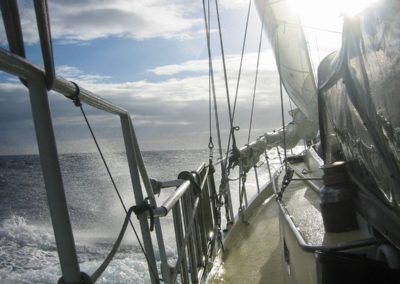 Deck of Gershon II under sail 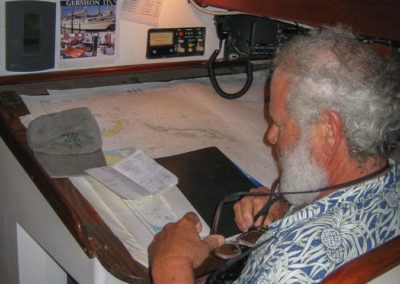 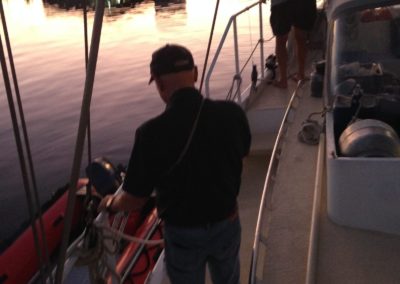 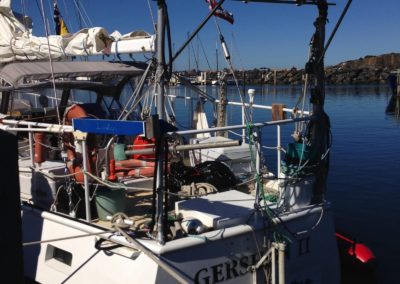 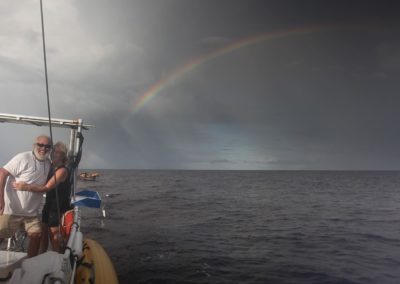 Steve and Cheryl on Gershon II, in the Solomon Islands 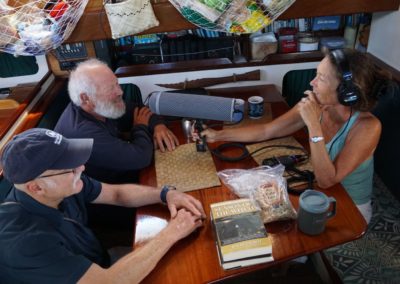 Stephanie interviewing Steve and Terry on the Gershon II, in Australia, 2015 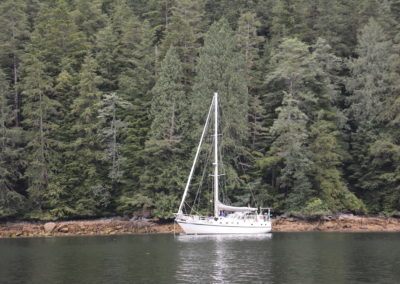 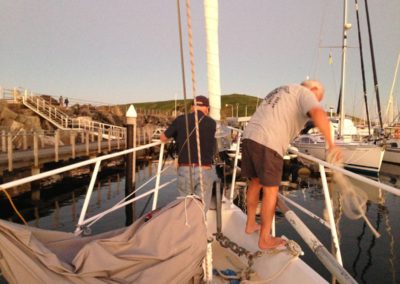 Steve and Terry on the Gerhson II, Coffs Harbour, Australia